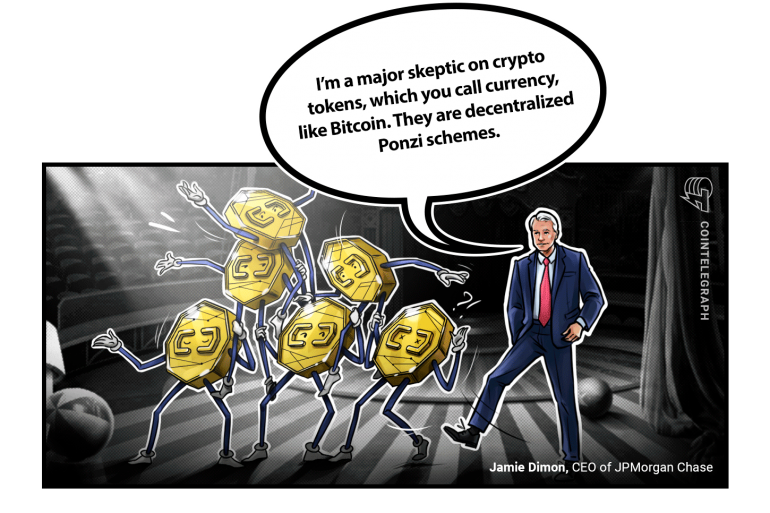 Wintermute is hit with $160M, Kraken CEO leaves, and the US bill seeks to ban algo-stablecoins. Hodler’s Digest Sept. 18-24,

When we think of the word mining, the image that comes to mind often involves miners with their pickaxes digging for gold like in the Gold Rush of the mid-1800s. However, in the age of the internet, the term mining has taken on another meaning that’s typically associated with cryptocurrency.

In its simplest terms, mining for cryptocurrency entails building and using powerful, sophisticated computer rigs to solve complex mathematical problems that will eventually reward miners with digital currency. However, the possibility of being rewarded with crypto tokens is sporadic since miners who do get rewarded are those who solve the hashing puzzles first, and the solution can be equivalent to just a portion of the entire mining power on the network.

When it comes to Bitcoin (written in uppercase to refer to the concept or network of cryptocurrency), which is perhaps the most popular form of cryptocurrency, miners must first complete verifying “blocks” of transactions that are added to the blockchain—a specialized kind of database that acts as a public ledger storing all bitcoin (written in lowercase to refer to the individual token) transactions.

As you can see, mining for cryptocurrency like Bitcoin can be a painstaking and costly activity since only computer rigs with vast amounts of processing power can make this task possible. Therefore, one very obvious and significant issue with Bitcoin is the enormous amounts of electricity needed to mine all 21 million tokens of this cryptocurrency.

In fact, back in 2016, it was predicted that bitcoin mining would require as much power as that of an entire country. With mining becoming an increasingly popular and profitable endeavor, it’s no surprise that the power demands for it will exponentially rise as time passes. In a world that’s becoming more conscious of how human activities impact the environment, is it possible that bitcoin mining can take a more sustainable route?

Is Solar the Future of Bitcoin Mining?

Because of the expenses bitcoin mining can entail, many miners are looking into the possibility of using renewable energy sources to cut down electricity costs in the long run. Thus, going solar is an option that’s seriously being considered. After all, solar plants can provide vast amounts of power that’s more cost-efficient compared to traditional sources of electricity.

Upfront costs for solar installation vary, but while these may usually seem steep, solar rebates and federal solar tax incentives can bring costs down by a couple thousand dollars in some cases. By saving on electricity, which is a major cost component of mining, bitcoin miners can increase their profit margins.

In fact, Bitcoin miners in Vietnam are starting to deposit their rigs in solar farms, as this method is not only more profitable but can be easily monitored by miners. Even solar farm operators are beginning to get into the bitcoin mining game by setting up their own rigs to utilize and further profit from the extra power their solar arrays generate.

Square announced its $5 million investment in the facility on June 5, 2021 and its intention to make this facility a 100% renewable energy Bitcoin mine that proves Bitcoin can promote a sustainable future.

Square’s investment perhaps comes as a timely response to Tesla’s announcement in April that it would stop accepting Bitcoin as payment for vehicles, as the act of mining causes severe damage to the environment due to the activity’s excessive demand for electricity, which is not always taken from renewable sources. This runs contrary to Tesla’s mission of accelerating the world toward using sustainable energy.

With these developments and more, it’s not difficult to see that bitcoin mining with solar will be the future of cryptocurrency, considering how the concept is both profitable and environmentally friendly.

Harness the Power of the Sun

Bitcoin mining with solar is one solution miners can look into if they want to cut down on electricity costs, which is a major factor that can affect mining operations. By reducing electricity expenses with solar energy, miners can then maximize their profit margins while simultaneously minimizing any environmental damage that can be potentially caused by bitcoin mining.